Some reviews of Neville’s music:
.

“Neville Anderson is a guitar, a good story and a voice as country as stirrup irons. His songs will take you to the heart of Australia, the hands of a good old horseman, the dust of the Tex-Mex border, the loneliness of heartbreak and the cold comfort of a bottle. His new album ‘Lonely Places’ produced by Bill Chambers will sit right at home on the stereo of any true country music fan and just like a good hat, you’re going to want to put it on again and again.

If you are confused about what Country Music is these days then rest assured that Neville Anderson will remind you of why you always loved it.”

“With a warm mellow voice reminiscent of JOHN WILLIAMSON (sans the extreme nasal twang), NEVILLE ANDERSON’s new CD Rambling Shoes is a very pleasant variant on the typical Aussie bush balladeer album. He doesn’t just sing the songs; he gives them a very personal air, telling the tales as if he were there on the day. You can almost taste the bitter dismay of the classic The Band Played Waltzing Matilda. He is the aging cowboy in Life’s Like Rodeo, the master storyteller of The Jimberella Kid.The love songs Like I Still Care, his self-penned My Rambling Shoes and The Tracks You Left On Me ring with honest simple sincerity. Produced by BILL CHAMBERS, some of Australia’s best musicians worked on the album and it shows in the smooth, almost effortless, easy listening style. This album will please traditionalists and contemporary country music lovers equally.”

“Neville Anderson’s fourth album Lonely Places is the work of an artist who is content to take his time. Crafting a good record takes consideration and taste – Anderson seems to be in control of the situation. The title is apt – the focus of most of the songs are loner’s – workaday protagonists with a story to tell.

Bill Chambers is the perfect foil for his dry, understated songs. Chambers understands that the frame of a country song is its instrumentation, and he’s forged classic country ambience with elegant simplicity here – mandolins, violin and pedal steel drawing out the melodies in Neville’s laconic guitar-work. Michel Rose’s sublime pedal steel, as always, gives it that unmistakeable old-fashioned country flourish.

It’s also an old-fashioned country album in the sense that, like Hank Williams, Anderson’s content to write vignettes about life, and let universal conclusions be drawn from them. Eschewing the shabby sloganeering of one-dimensional product-placing pop salesmen, Anderson’s characters are integral and complete – like the loners in Hemingways Men Without Women, they inhabit their own sovereign world.

They tell considered, dignified tales from the point of view of a balladeer whose stock-in-trade is observation – the standout, Bowling Club Blues is Neville Anderson, “In the corner, playing country, is me …” Whiling the song away, watching the passing punters as he does his job with laconic humour and a minimum of flash, he finally packs up and goes home.

His wry observations underpin a workmanlike philosophy completely at odds with the modern notion that music is about pop stars and relentless novelty. Nothin’ Takes You Off My Mind name-checks a medley of deadly sins and diversions, the kind of thing that maybe ought to distract a man from true love. But as Bill Chamber’s honky tonk guitar wheedles in the back of his mind, this country singer comes through with honour intact.

That’s the same man standing above The Graves of Camooweal, considering the bloodlines and history that brought him back out there. His sombre Dance with the Devil, picked out on delicate mandolin, depicts the struggle within, the complicated character of the showman struck foursquare in the bright stage lights, perhaps contemplating another life – the Square Pegs – bushmen of the old-school calibre, sitting on park benches in the sun and musing about the old days.

The undercurrent of humour glinting through these songs is nowhere more evident than is his cover of Pancho and Lefty which elegantly captures the sardonic tone of Townes Van Zandts’ original biting dirge without sounding like mere homage. A duet with Bill Chambers, this track would stand out on a lesser album. But amongst the likes of Lefty Frizell’s jaunty Bandy the Rodeo Clown and Merle Haggard’s I Think I’ll Just Stay Here and Drink, Anderson’s originals also stand up and fight, and that makes for a Lonely Place that’s good to hide in.” 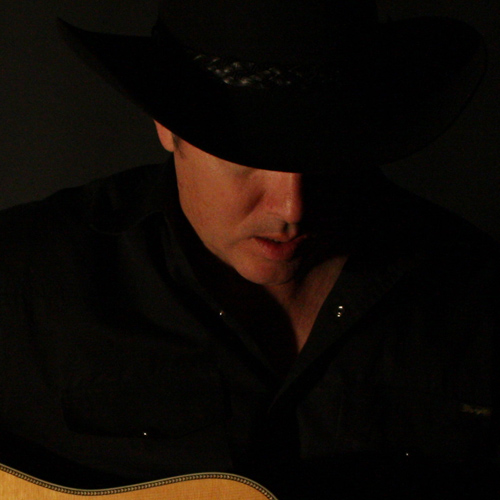